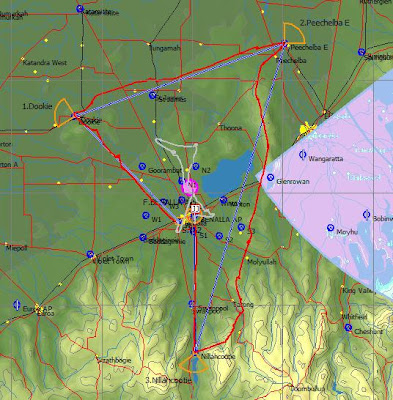 Today I probably had the highest task speed that I have ever been disappointed in. I flew at 104km/h and knew it was not going to be enough. I was joined by Eric Stauss in his Hornet again today and I could not pull away from him even at 100kts. After an hour and a half I looked at my watch and knew I should have been on final glide by then. I ended up taking some bad climbs and going a bit too far off course chasing cu's. Nathan Johnson again smoked everyone at 128km/h raw speed. The task was a bit of an under call because there was cirrus moving in from the north and the cd was worried it would cut everything off. The weather does not look very good for the rest of the week so this may be the last day of the contest.
JoeyGlide Day 4 results 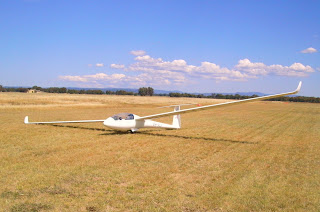 Stiff uppper lip Chris, your legion of fans roots for you back here in cold, snowy Canada.